Suicide affects more families of teens today than ever before. We need to BREAK THE SILENCE, remove the stigma and begin the necessary conversations about mental health, depression, and suicide. After losing their beautiful 16 year old daughter, Cassidy, to suicide in 2015, the Hess family created the Cassidy Joined for Hope Foundation to make sure another family does not lose a child to suicide. 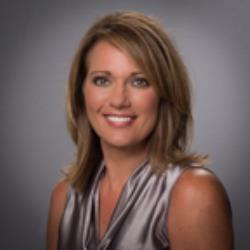 Kim's path took a drastic change of direction in 2015 after she lost her beautiful 16 year old daughter, Cassidy, to suicide.  Through their grief and heartbreak,  the Hess family created the Cassidy Joined for Hope Foundation to begin a movement of  teen suicide prevention in our schools and community. As President of the Cassidy Joined for Hope Foundation, Kim shares Cassidy's story in hopes to save lives.  Kim and her family are committed to turn their personal Tragedy into Triumph.